Over the last few days, I have mulled over and even prayed over the exchange between Phaedra and Kenya on the television show, the Real Housewives of Atlanta. My heart ached, as I saw two black women not only disrespecting each other, and not be each other's keeper, but also allowing media to use them as pawns to once again send messages to the whole world that black women are divided, unloving, unsisterly, and don't get along! In addition to this, at the same time, I am bothered by the insensitive, disgusting, inappropriate, and uneducated comments Phaedra made to Kenya regarding her fertility or infertility challenges and her choice to use a sperm donor in her efforts to build her family.

As a woman who has struggled with infertility for years, I was completely appalled by Phaedra's comments. My infertility challenges were something that I did not ask for or expect. I had done what I felt was right, went to school, obtained multiple degrees, established my career, and finally, got married. However, when I got married, I would soon find out that I had some infertility issues that would serve as the catalyst for me to make some decisions and choose alternative family building options that I never thought I would have to make. I learned that I am one of 7.3 million women in the country who struggles with infertility, and, I am one of the 11.5% of African American women who suffer in silence because infertility is such a taboo topic in our community. We, that is, African American women, hide in shame and harbor fear for many reasons; most of the time, because of the negative attitudes, judgment, and critique that we will experience if we tell our true story! What we don't realize is that these attitudes are cultivating women having babies through alternative family building, to live in hiding and not share their stories, as well as a generation of childless women, because we are more concerned about what people think of us, rather than the own desires of our heart.

So today, I want to begin to set the record straight! Infertility, infertility treatment, and alternative family building paths are nothing to be ashamed about, nor is it something to play or diss someone about, just as breast cancer/cancer, disabilities, and other ailments of the body are not anything to play with. The majority of women who make the decision to move forward with alternative family building processes like IVF, IUI, egg donor, embryo donation, surrogacy, and sperm donor choose to do so because these are the options that they have to achieve their heart's desires to become parents and build the families of their dreams. We can't take these choices lightly, because each option comes with its own set of emotional ramifications.

The comments made by Phaedra, regardless of how sensationalized media is, only perpetuated the myths, stereotypes, and attitudes regarding infertility and Black women. Phaedra represents many people in this world and in our community who have no idea of the pain, frustration, and hurt that the Kenya's of this world, both unmarried and married, have to endure when making decisions on how to become a parent when the way you were told you would get pregnant or become a parent all your life doesn't seem to work out as planned. Many people just have no idea!! For instance, choosing a sperm donor is more than shopping for a pair of shoes or a clothing item. Actually, reputable cryobanks or sperm banks, and even egg donor agencies, have very strict and high standards, and intense medical history assessments for those wishing to donate their sperm and eggs. Many times, many men and women are disqualified because they do not meet the qualifications. All of this information is provided to women/couples seeking a donor, which is often more information than many know about their own spouse or persons they are dating. (I would dare to say that this type of process should force each of us to look in a mirror and ask ourselves not only do we know who we are, but did we do this same type of extensive research on persons we are either married to, dating, or dated in the past?) Therefore, characterizing sperm donor or any donor as "ax murderer or child molester" and as a quick $10 pizza fix becomes a major slap in the face and an expression of violence toward women/couples experiencing infertility and even those who aren't. (Also, this type of language spewed with the tongue has the same murdering potential as one with a butcher knife or a gun, as it has the capacity of murdering the soul of a person.)

Scripture reminds us that there is life and death in the tongue. Therefore, before we speak we have to make sure the words that we say do not murder the soul of another human.) At the end of the day, all I'm trying to say is there is absolutely no excuse for the behavior that we see between these black women, as it is a sign that as sisters, we have a lot of healing work amongst ourselves to do.

However, regardless of the personal, petty, childish stuff they have going on between them, the comments made regarding Kenya's choice to use a sperm donor was unacceptable and hurtful for her and women/couples, particularly black women/couples who struggle with infertility all around them! One can see in the links of this New York Times article, the Chicago Defender article, and the voices of women heard on the Doug Banks show on April 23, 2014, just how serious this infertility epidemic really is in our community; and, there is absolutely no excuse - I mean, no excuse for anyone to dis those fighting infertility or taking charge of their fertility/reproductive health with words or actions that are not life-giving!

So, today, I say to women/couples struggling, do not let comments from this show or from people around you to cause you to live in shame and keep you from obtaining your dream of becoming a parent! Rather, use them as stepping stones to educate yourself about your options, as well as choose the path that you believe is best for you and walk into your destiny to become the parents that you always dreamed of! 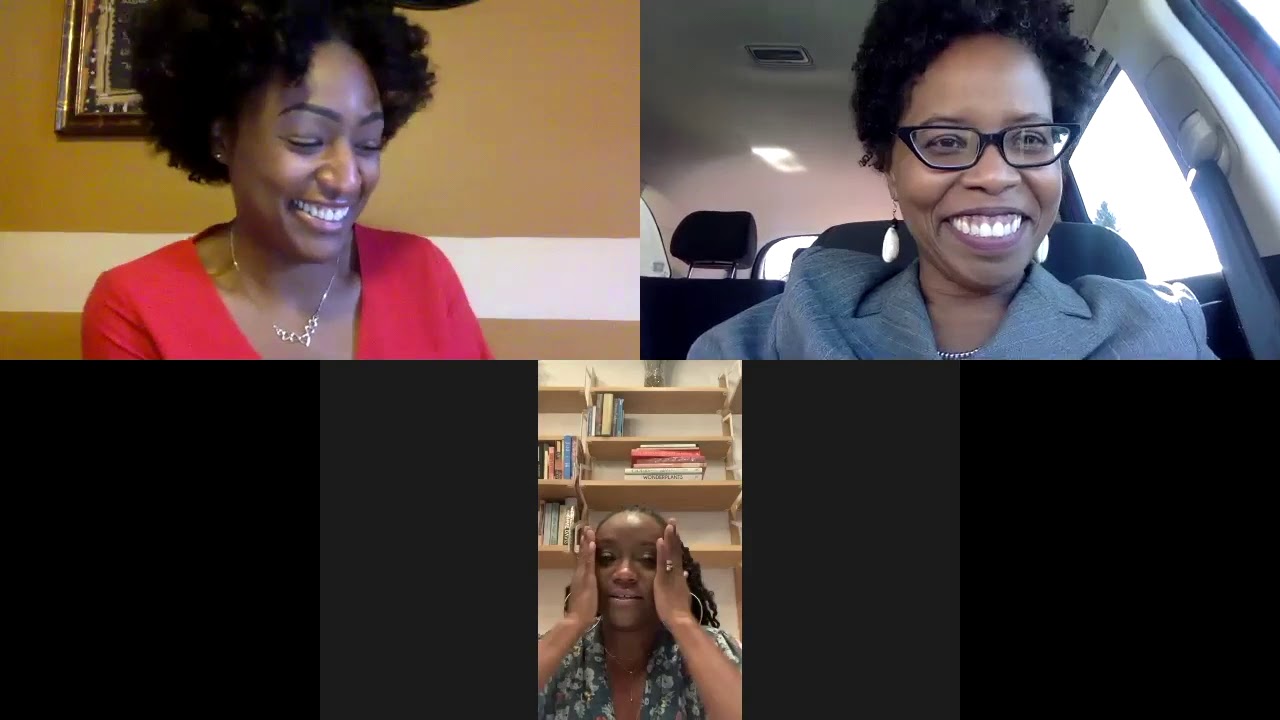